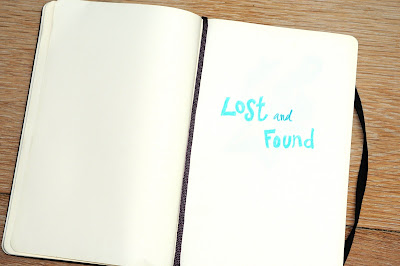 On a little star, far, far from planet Earth, lived a tiny little boy. In a little house, with a little chimney. The boy found himself thinking what to do in this funny landscape. Grow some vegetables? Build a treehouse? Ride his bike? He kept wondering and pondering, because nothing seemed to be suitable for this stardom. One could even say, he was a bit lost. 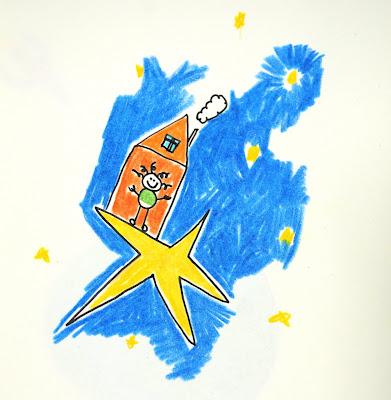 One morning, a little packet arrived. A roadmap and a bright red rocket in a big carton box. The boy was even more clueless as ever, what was he to do? He stored the rocket in his kitchen cupboard and went to bed. The next morning when he was looking for starberry jam for his toast, he thought of a plan.
He could climb in the bright red rocket and fly to the big green/blue planet. Maybe he could even discover what the two funny red things where on the map. Maybe they were exiting sweets or new shoes. He could do with a new pair, he quickly decided. 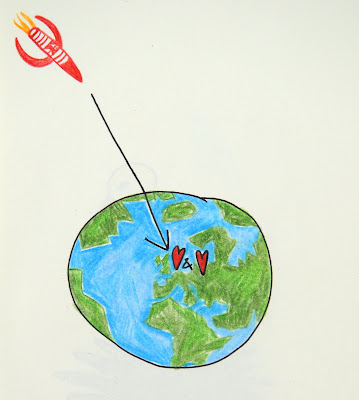 The bright red rocket flew and flew. The roadmap told the magic thing where to go. The rocket soon disappeared when they arrived in a British street. There was a house and as soon he ran the doorbell, two big persons took over. The boy watched them with big eyes and wondered what he was suppose to do. The grown-ups had everything sorted, no red shoes though, but lots of other things. A new bed, a lot of kisses and even a tear of happiness and did he hear it right? There was even a name for him. Gosh, that was a nice surprise, almost like they were waiting for the boy for a while. He felt very, very special. 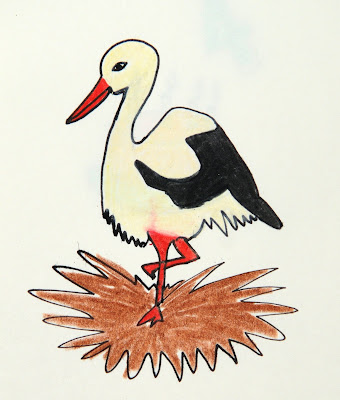 The boy was quite clever, but he never figured out why this big bird was flying around the house. What a scary creature. After a few day, the boy screamed so hard at him, that the big bird left his nest on top of the chimney. Much better. The big people thought that he was hungry again, so they keep feeding him sweet milk. Oh well, they where not so sure of things after all. But he was confident that they would get along fine. 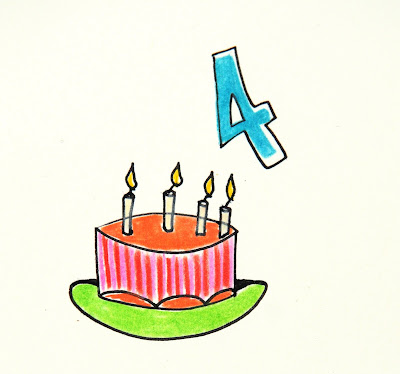 The boy stayed around and every 12 and a bit full moons, the big people get all excited. Cakes are baked, decorations hung and even the grumpiest persons on this planet start to sing a special song. The fun part is, that he gets a lot of new toys. All wrapped in colorful paper that you rip off and suppose to trow away. Big fun and at the same time, a very big mystery why on every other day, you are not allowed to torn paper, leave on the floor till someone picks it up and put in the bin. But the boy was not complaining.
No-one ever figured out in these four years, that he came to Earth for some new red shoes, but maybe.....maybe, this weekend, when all the people arrive, he will get those funny shaped, red things, he was so looking forward to.
We will see....
op 21.7.09

Happy birthday to a lucky boy! I think he'll get many, many new red things in the years to come!

Happy birthday to the little dreamer.

Adorable !!!! Thanks for sharing... this sweet moment !

what a wonderful drescribtion of the little man coming into your place, how he thought he would find something totally different but instead he found something much better - caring and very creative parents who give him (and his brother and the watermelonbelly) all the love they can give.

But nevertheless may he find the red shoes as well someday!!!

i´m in awe of your imagination. happy birthday to you and your son. hope you have a wonderful day! besos!

happy birthday to your son - and yes once a week there has to be a fun-day. like the idea very much. kiss*

Happy birthday little man! It was such a joy to read this story.

Ah so great! What heartfelt words.

(You may want to let Jane know that your link on her list doesn't work.. i figured you weren't participating anymore)

happy 4th, sweet one. i hope he gets his red things!

(and how happy he must be to have a mommy like you.)

what a fabulous post! i love it. happy birthday to your little guy. (shoes are very very important to both my little ones, too!)
and i love the photo of you and your decorated pregnant belly!
nicola
http://whichname.blogspot.com

WOW How creative! But oh so beautiful.
Great post and happy birthday to your little boy. 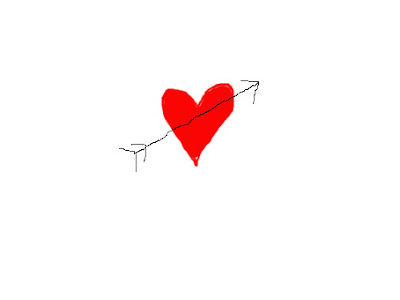 Copy right notice
All my screen prints, illustrations and designs are under copyright.
My ideas are sowed, sprouted, nursed and raised with greatest care. I try to find inspiration from my direct surroundings, my heart and soul. Please do not use any Photographs and Designs without my permission. Thank you